Why Switzerland is Becoming a “Crypto Nation” with a Flourishing ICO Market: Expert Take 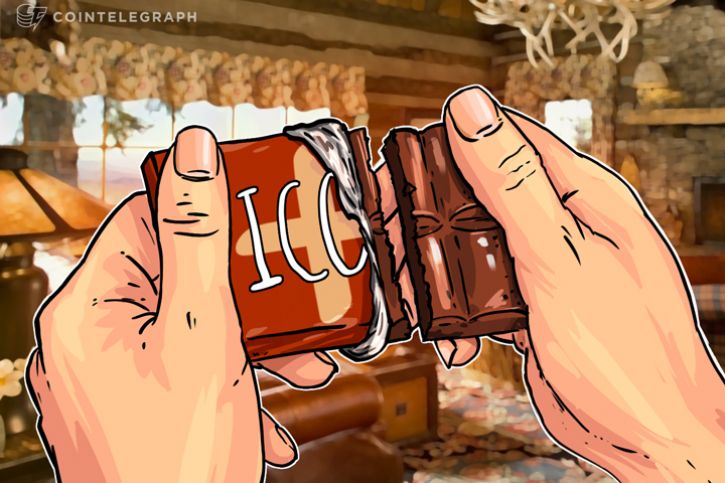 Switzerland has long been a global center for the wealth management industry, housing around $2 trillion, or 27 percent, of global offshore wealth.  Since 1934, Swiss bankers and regulators have resisted the efforts of foreign tax regulators, including the Internal Revenue Service (IRS) in the US, to obtain information about secret Swiss bank accounts. They claimed compliance with Swiss law and the need to protect the privacy of their customers, as Swiss private bankers smuggled US taxpayer wealth from the US to Switzerland in all sorts of creative ways. From bundles of cash hidden inside rolls of newspaper to setting up shell companies, to jamming diamonds into toothpaste tubes, Swiss bankers aided tens of thousands of wealthy American clients to evade US taxes through secret offshore bank accounts.

After giving up on their famous banking secrecy laws with a little nudging from the US Department of Justice (DOJ) and the IRS Criminal Investigations Division (IRS-CI) which shut down the oldest private bank and slapped the largest and most prominent Swiss banks with billions in fines for aiding in US tax evasion, Switzerland was on the verge of losing its competitive edge over rival financial markets.

But don’t count Switzerland out just yet.  By establishing a global hub for virtual currencies known as the “Crypto Valley” in Zug, and the implementation of forward-looking regulation by the Swiss Financial Market Supervisory Authority (FINMA), Switzerland is emerging as one of “the world’s leading ecosystems for crypto, Blockchain, and distributed ledger technologies” according to Oliver Bussmann, the founder of the Crypto Valley Association. Johann Schneider-Ammann, the head of the Swiss Department of Economic Affairs, points out that the country is becoming a “crypto nation” for the digital revolution with a flourishing initial coin offerings (ICO) market.

ICO is a new way of raising capital funds enabled by digital currencies and Blockchain technology where participants invest fiat currencies and receive ‘tokens’ or digital assets in return. A person, project or company in need of capital creates a new kind of digital coin and sells a tranche of them for fiat currencies on a digital trading platform or exchange.

During 2017, Swiss-based ICOs raised about $550 million in funding, which was about 14 percent of the global ICO market, worth around $4 billion. The Zug-based Tezos ICO alone raised $232 million in July 2017. The Tezos foundation is facing at least half a dozen class-action lawsuits in the US from those who say they were misled and defrauded. “Many Swiss ICO’s are structured as foundations that applied for non-profit tax status and the money raised in these ICOs are treated as a donation that may not be returned to ICO investors” explained Dr, Luka Muller, legal partner of Swiss law firm MME, which helped set up the Tezos foundation as well as some other big ICOs.

In response to the sharp increase in the number of Swiss ICOs, on February 16 2018 FINMA published guidelines on ICOs under the Swiss anti-money-laundering and securities laws.  Under regulatory guidelines issued, many ICOs will be treated as securities in Switzerland.

There are some exceptions, for example tokens used to access a platform that is already up and running, or for cryptocurrencies that function only as a means of payment. Neither will be considered securities, FINMA said, while the latter would be subject to anti money laundering regulation.

“Our balanced approach to handling ICO projects and enquiries allows legitimate innovators to navigate the regulatory landscape and so launch their projects in a way consistent with our laws protecting investors and the integrity of the financial system,” FINMA CEO Mark Branson commented.

Undoubtedly Switzerland is an attractive place for ICOs both for investors and issuers due to the favorable Swiss tax laws.

Cryptocurrencies are neither money nor a foreign currency, nor a financial supply for goods and services tax (GST) purposes.

Cryptocurrencies are an asset for capital gains tax (CGT) purposes, which only applies to someone who qualifies as a professional trader.  Holders or investors of cryptocurrencies are subject to a wealth tax at the rate determined by the tax authorities on December 31 of the fiscal year.

An equity token, issued by an ICO, may be subject to a one-time capital duty of 1 percent, unlike a debt token. Any distribution of profits on equity tokens or payments on debt tokens is subject to Swiss withholding tax at a rate of 35 percent.

US Swiss ICO investors beware of the IRS-CI

The US Swiss ICO token investors not involved in class actions lawsuits should be aware that fresh off its success in uncovering US assets hidden in Swiss banks, the IRS-CI has assigned a special team of agents to investigate whether cryptocurrencies are being used to cheat the tax authority. “It’s possible to use cryptocurrencies in the same fashion as Swiss bank accounts to facilitate tax evasion,” Don Fort, chief of the IRS-CI, explained to Bloomberg News.