Ethereum best blockchain project ahead of bitcoin, according to ratings released by China 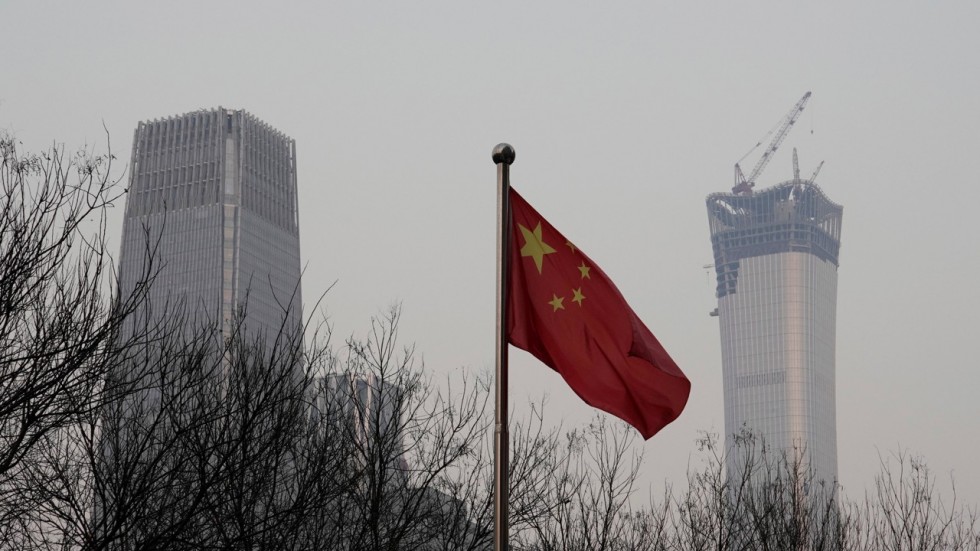 Beijing to have national standard for blockchain projects, with guidelines expected by 2019 end

China has rated Ethereum, a cryptocurrency most commonly used in initial coin offerings, as best among 28 blockchain projects, according to rankings published by the China Center for Information Industry Development (CIID) on Thursday.

Bitcoin was, however, the most innovative out of the projects. NEO, a public blockchain that raised 30 million yuan (US$4.71 million) through an ICO last year, scored highest in terms of its application potential, according to a post on a media site owned by the centre. The research institute comes under the supervision of China’s Ministry of Industry and Information Technology.

“Blockchains are highly diverse in what they are trying to accomplish, and many try to quite creatively distinguish themselves from each other. Even relatively objective metrics like transaction throughput, count or market capitalisation are relatively meaningless to seasoned observers,” said Leonhard Weese, president of the Bitcoin Association of Hong Kong.

“So it is very difficult to follow the ministry’s reasoning and quantification of a far more complicated criteria, like ‘innovation’ or ‘application’,” said Weese.

He said comparing the rankings of blockchain projects was like pitting social-media networks such as Twitter and LinkedIn against each other on the basis of their innovation and application. “It just makes no sense,” said Weese. 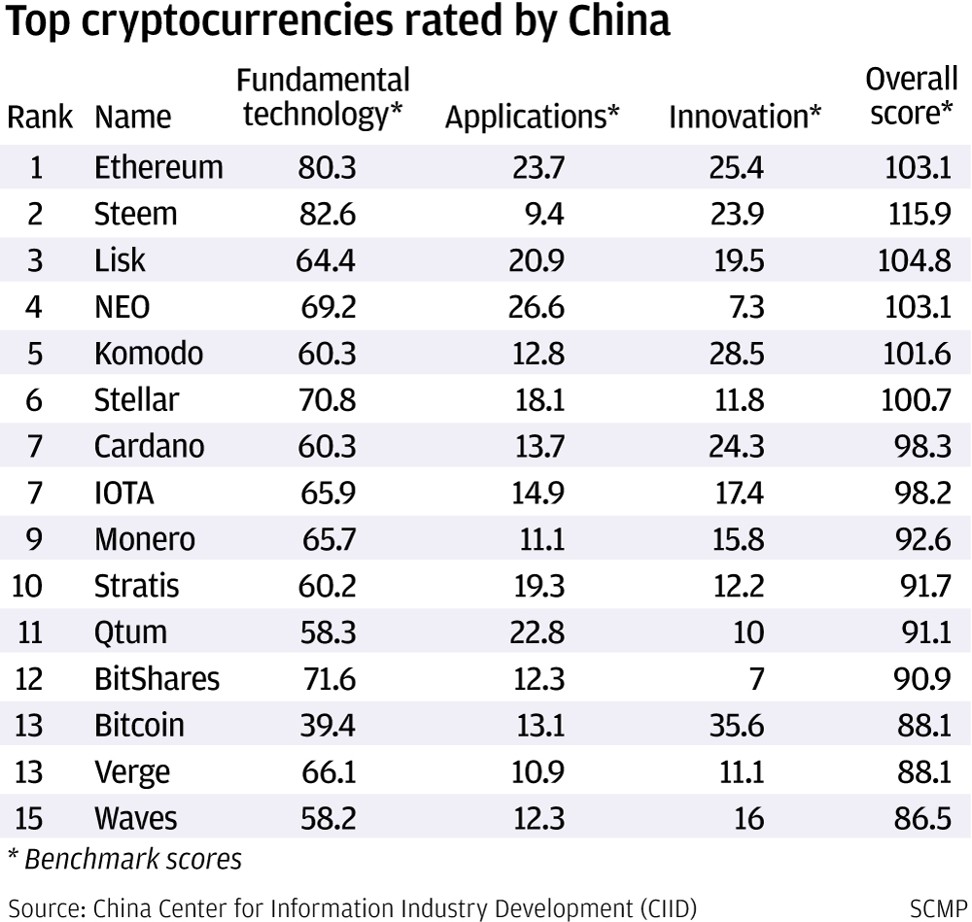 Blockchain, the technology that underpins bitcoin, is a digital data structure that is most recognised for verifying and recording transactions using a network of computers rather than a centralised authority.

And while bitcoin is the most traded virtual currency in the world, ethereum has gained popularity following the proliferation of ICOs, a form of crowdsourced fundraising by which companies exchange their newly created cryptocurrencies – called tokens – for payments in an existing currency, which can be cash or, most often, an established cryptocurrency such as ethereum. ICO investors profit when their tokens gain in value at a faster rate than the currency they used to pay for them.

Globally, the virtual currency market has passed US$700 billion in total value and could hit US$1 trillion by year end, according to industry estimates.

China, once the world’s largest market for bitcoin trading, has been stepping up efforts to contain the growth of its virtual currency market since last year. It has banned ICOs, shut down domestic exchanges and blocked all websites related to cryptocurrency trading and ICOs, including foreign platforms.

The People’s Bank of China, China’s central bank, declared last year that 90 per cent of ICOs that had been launched in mainland China were fraudulent.

The authorities are concerned about corruption, fraud and the possibility of social unrest that could follow any losses from an unregulated financial activity.

But Beijing will have its own national standard for blockchain projects and the guidelines will be ready by the end of 2019, according to a report published by the state-run Economic Information Daily last week. The guidelines will cover the basics, business application and security.

The government-backed research unit has previously outlined five criterion for the ratings: first, the project must have an independent blockchain; second, it is a public chain on which nodes, or computers connected to the network, can be built freely; third, there is an online blockchain browser that displays the contents of individual blocks and transactions; fourth, the source code of the project can be inspected; and lastly, there is a project site and the contact details of the team must be available.

The rankings will be published on a monthly basis, according to the CIID.